If the weather holds fair, I'll be starting my seventh season as polo photographer at Sandhurst this weekend.

In the 1850s the modern version of polo was developed by British army officers in the Punjab. The officers learnt the game from the Manipuri, an Indian boarder tribe. It became evident that polo was good for training soldiers, it requires fearlessness, teamwork and the will to win. The military brought the game home from India and it is now part of the history of the Royal Military Academy and the armed forces as a whole. Churchill played there in the 1890s and Princes William and Harry learned their game there in the early 2000s. Sandhurst is blessed with one of the most picturesque settings for any sport. The Round Ground is set between Old College, New College, and has a lake at one end (it is used for rugby in the winter and as a training ground too). It has been an immense privilege to go there, photograph the sport and meet the people.

The first big game for the officer cadets is in June during the Heritage Day, when the academy is open to visitors. The games are played in front of perhaps thousands of spectators.

Although William and Harry had finished their time at at the Academy by the time that I came along, I was able to photograph Prince William during one tournament. 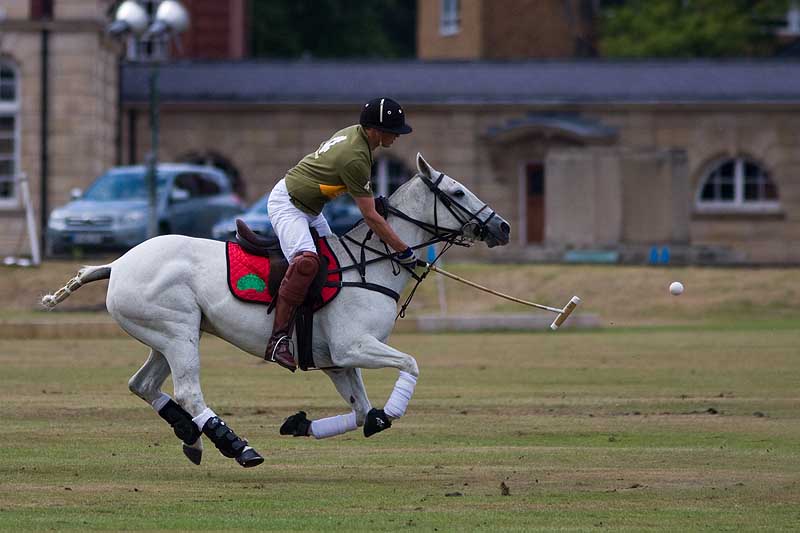 During the Time Barbara Zingg was polo manager, she organised some really good summer evening polo tournaments with bicycle polo warm up matches. The events usually coincided with other balls going on, so there was always lots to see.

Last year the marquee for polo matches had been moved from one side of the Round Ground to the other. When I asked why, I was told that they liked my photos showing the polo being played with Old College in the background so much, they decided that was the view they wanted everyone to have. The old view was of some brutal 1960s architecture, so it was well worth the change.

But central to the whole thing are the great people who make Sandhurst polo tick, the officer cadets, the instructors, the grooms and the commentators.

I'll be blogging about Sandurst polo during the season and all the time I'll be remembering how lucky I am to be there.